The Following card(s) will have their Card effects changed on September 29th. 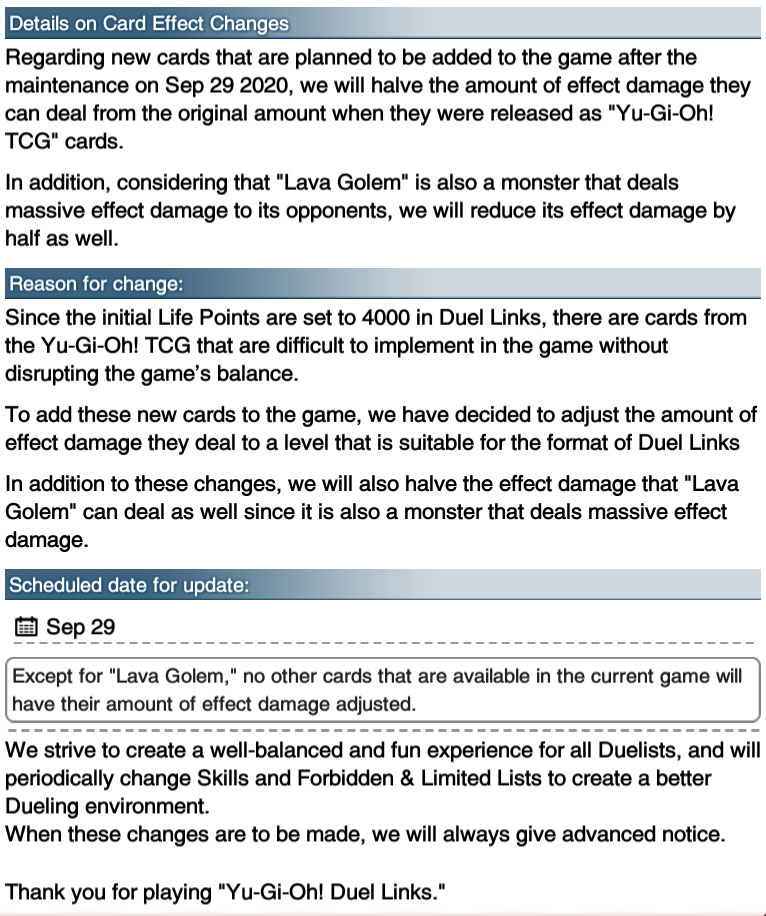 Tell us your thoughts on the new Forbidden/Limited List in the comments below!