Zane Lvl: 60 will now appear as an option for "Underworld Duels", defeat him to get a ton of points! There's no need to farm him since the 6,000 point victory bonus along with the 2,000 for winning nets you 8,000 duel assessment anyway! Also, Zane Lvl: 50 will now spawn in Duel World (GX) with a stronger deck in tow! 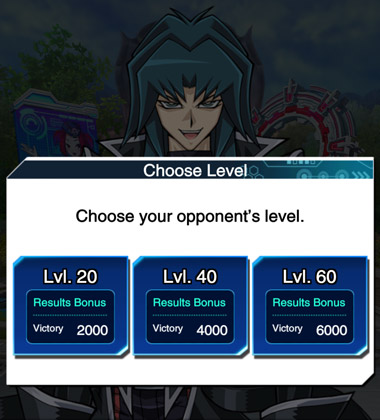 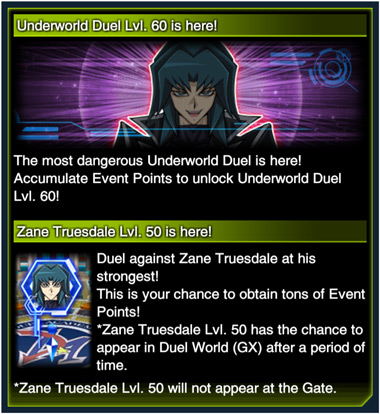 There are also new event missions with 135 gems up for grabs!

These are the cards and skills he can attain, you can view the full list on the Skills page!

"Thoughts on the new Cyberdark cards?"

The cards we should have had the first time around. Cool! But just that, cool. Not competitive, at first glance.

Zane's new rewards are definitely good for his archetype but nothing that will make its way into the meta. It's good now that archetype has some draw power/milling effect from Loading... and Loading... , though. Also, Loading... is very resource-Intensiveto to put on board in Duel Links.

Doesn't do enough to make it meta relevant.

Cyberdark Style does not do the nerfed Cyber Style any justice. 1800 is too much, 1000 would have been nice. Either way, probably still just a fun deck.

The randomness to this skill will be its downfall, even if the archetype was viable in the current meta. With skills that search monsters you usually find yourself needing a specific monster and not just any random one the game gives you.

We will continue to add more decks so stay tuned!