More intruders will now appear on the Event Map, you can obtain up to 15,000pt and coins by dueling them! 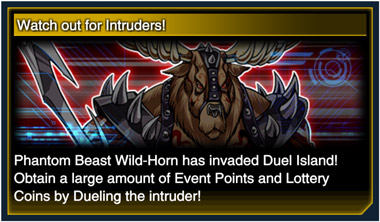