Tellarknights are an XYZ focused archetype of Level 4 Light attribute Warrior type monsters that came to Duel Links in the XYZ debut box Shining Hope. Notorious in the TCG for topping the Yugioh World Championship in 2015, Tellarknights focus on a loop consisting Satellarknight Deneb to search for Satellarknight Altair, with Altair reviving Deneb on summon to create a constant loop that allows for constant XYZ spamming. Augmenting this are Satellarknight Vega, Satellarknight Unukalhai and Satellarknight Skybridge which help improve consistency and facilitate turn 1 XYZ plays, potentially culminating in the decks current boss monster, Stellarknight Delteros backed up by the counter-trap Stellarnova Alpha, providing an omni-negate that draws a card.

Satellarknight Deneb allows you to add a “Tellarknight” monster from your deck to your hand on summon; Deneb is the primary enabler of the deck as its searcher and the first part of the Tellarknight loop involving Deneb and Satellarknight Altair to generate constant follow-up plays and rank 4 XYZ spamming. Additionally, Deneb is the primary target for being sent to the graveyard by Satellarknight Unukalhai to provide easier access to it when combined with either Satellarknight Skybridge to summon Altair, or having an Altair in the hand for the next turn follow-up. Finding ways to put Deneb into the graveyard to be revived by Altair is going to be your primary focus when attempting to build and maintain resources with this deck, and as such the counter-trap Stellarnova Alpha as well as trap cards like Ballista Squad all assist in building the loop and getting Deneb into the graveyard to be resummoned.

Satellarknight Sirius on summon allows you to target 5 “Tellarknight” monsters in your graveyard, shuffle them into your deck and draw one card; Sirius is an interesting tech choice for Tellarknights as while the effect might seem difficult to resolve it does come up in control match-ups, allowing you to recycle your “Tellarknight” main deck monsters to prevent deck-out loses as well as returning your Stellarknight Delteros back to the extra deck (NOTE: If one of the targets in the graveyard is subsequentially removed from the graveyard in response to Sirius’s effect, such as with the effect of D.D. Crow, the effect is NOT applied, meaning NONE of the monsters are shuffled back into the deck and you DO NOT draw a card).

Stellarknight Delteros is a generic Rank 4 XYZ monster that requires 3 materials to create, it is the current boss monster of “Tellarknights”; while on the board, Delteros prevents your opponent from being able to respond to your summons with card effects, you can detach a material to target one card on the field and destroy it, and if Delteros is sent from the field to the graveyard you can special summon a “Tellarknight” monster from the deck or your hand. Delteros’s ability to prevent your opponent from responding to summons applies to Delteros’s own summon, meaning that Delteros is effectively immune to one of the most common interruptions in the game in Floodgate Trap Hole; furthermore, as the opponent will not be able to respond to the summon of Delteros you can immediately use his destruction effect right after the summon, this will render interruption such as Paleozoic Canadia or Enemy Controller unable to prevent the destruction effect from activating. Finally, Delteros’s floating effect activates when it is “sent” from the field to the graveyard, this is incredibly important as it give Delteros synergy with the archetype’s counter-trap Stellarnova Alpha which requires a “Tellarknight” to be sent from the field to the graveyard as a cost to activate; by sending Delteros to the graveyard as part of the cost to activate the counter trap, you are able to summon a Satellarknight Altair directly from the deck, allowing you to either re-summon a properly summoned Delteros from the graveyard for even more floating in the future, or a Satellarknight Deneb to search for Altair and restart rank 4 spamming. Delteros effect has some incredible versatility, it activities when used as cost for generic interruption and removal such as Ballista Squad and Enemy Controller, and if destroyed by battle allows you to summon Altair in the damage step, where only counter-traps will be able to interrupt him and the subsequent wall of Tellarknights he will bring.

Stellarnova Alpha is an omni-negate counter-trap that requires you to send 1 “tellarknight” monster you control to the graveyard to negate a spell/trap or monster effect and draw 1 card; Stellarnova Alpha Is both incredibly powerful and incredibly versatile, not only providing you with an omni-negate but allowing you to send your Satellarknight Deneb to the graveyard after having searched a Satellarknight Altair to facilitate the Altair-Deneb loop, and if that by itself was not enough Alpha generates you additional advantage by allowing you to draw 1 card on top of the omni-negate. The synergy between Alpha and Stellarknight Delteros also cannot be ignored, by sending Delteros to the graveyard you can use his floating effect to refill your board and either go into another Delteros if you can fill your board, set-up a solid wall of monsters that the opponent will struggle to get over, or go into generic Rank 4 XYZ’s for more versatile plays.

Satellarknight Skybridge is a quick-play spell that allows you to target a “Tellarknight” monster you control, special summon a tellarknight monster from your deck with a different name than the targeted monster and then shuffle the targeted monster back into the deck, however you cannot special summon monsters for the rest of the turn except “Tellarknight” monsters. Skybridge is a highly versatile card in this deck, turning Satellarknight Unukalhai into an additional starter by sending Satellarknight Deneb to the graveyard, then using Skybridge to “swap” Unukalhai with Satellarknight Altair who will then resummon Deneb to search for another Altair from the deck. Additionally, Skybridge can be used to avoid the effects of traps such as Fiendish Chain and Floodgate Trap Hole that may attempt to interrupt your combos or XYZ summoning, providing an additional layer of protection that simultaneously generates you advantage.

Due to the very small main deck monster line-up and the naturally control-oriented playstyle of Tellarknights, similar to both Shiranui and Gouki Tellarknights have found a home with the “trap package”, providing the deck with additional protection and disruption alongside Satellarknight Skybridge and Stellarnova Alpha that synergises with the decks over-all game plan. Ballista Squad both triggers Stellarknight Delteros’s floating effect and gets Satellarknight Deneb into the graveyard to be subsequently revived by Satellarknight Altair, Fiendish Chain provides good generic effect negation and attack protection, and Raigeki Break can serve as an additional way to get cards from your hand into the graveyard alongside destroying troublesome monsters or backrow the opponent controls.

Due to Stellarnova Alpha being a counter trap, as well as the deck having small monster core, an alternative to pilling generic traps to act as disruption has been suggested in the use of the Parshath engine, consisting of Rebirth of Parshath and Xyz Block to set-up a competent counter-trap engine with decent consistency thanks to Alpha providing you with card draw on top of the negation effect, making the counter-traps in this deck both consistent and powerful without the added bonus of generating card advantage alongside the negation. 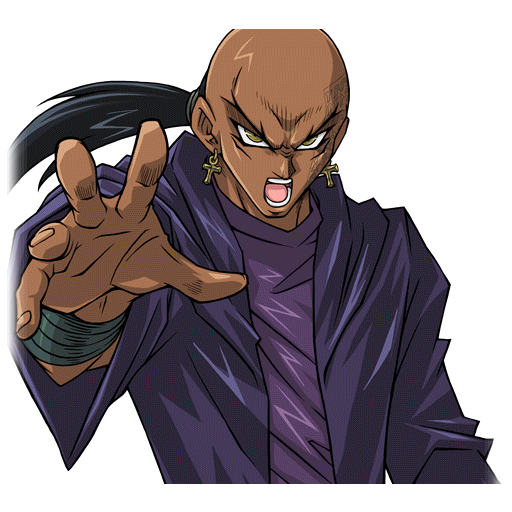 Due to the large amount of traps this deck runs, once you have 3 traps in your graveyard the skill Endless Trap Hell allows you to recover 1 of those traps at random, add them to your hand and shuffle the rest back into your deck. This allows you to set-up additional disruption as well as delay any potential deck-out that might occur in the event of a long stall game with the opponent, allowing you to recover your generic traps such as Karma Cut and Raigeki Break, as well as recover copies of Stellarnova Alpha for future use and additional negation.

Tellarknights are a great Rank 4 XYZ spam archetype to have received in the first wave of support for the archetype and summoning mechanic; the power of the counter trap combined with the small monster core augmented by generic traps and access to semi-limited removal options gives Tellarknights a lot of future potential as we begin to see more and more higher powered generic XYZ’s start to trickle into the game. The monster line-up allows for easy rank 4 spam and recoverability and the archetypal boss monster, whilst difficult to summon, provides removal, summoning protection, and floating all in one monster! All of these benefits certainly makes Tellarknights a deck to watch out for now, and far into the future as more generic support beings to come in.