Onomatopoeia archetype marked its debut on ZEXAL’s release in September 2020, starting with Shining Hope, then it received more supports along the course, including Staple Xyz Monsters and Onomat cards like Dodododraw, Dodododwarf Gogogoglove, Gagaga Head. As of now, this deck is famous for its sacky nature, being able to bring out powerful Xyz Monsters to turn the tide of the game.

Onomat Deck is an aggressive oriented deck, focused on bringing out multiple Xyz Monsters depending on the state of the game. For example, Abyss Dweller, Steelswarm Roach, Photon Strike Bounzer are cards that are good in Turn 1, because they can either: Prevent GY effects from activating / Negate the Inherent Summon of a Level 5+ Monster / Negate an opponent’s monster effect once per turn and deal 500 damage. Number 70: Malevolent Sin, Constellar Ptolemy M7, Gagaga Samurai are the most optimal choices for Turn 2 because they are able to: Return a Monster on the field/GY back to the hand / Banish a Monster on the opponent’s side till next turn (though you will finish the duel before that time) / Letting a Gagaga monster attacking twice (mostly Gagaga Samurai). The spamming strength of this deck comes from combinations of various cards, which we will come into those below. 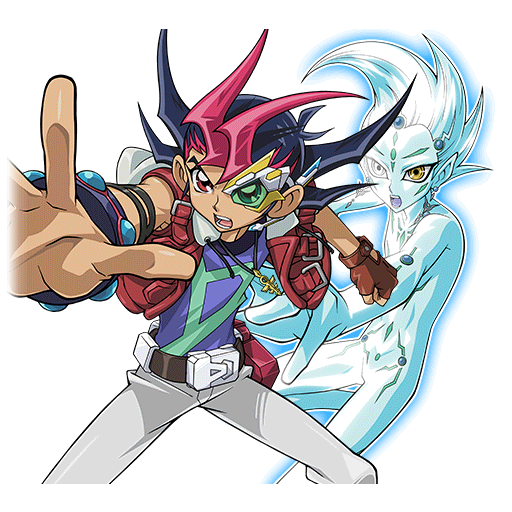 Utopic is the soul of this deck, as it glues all of Onomat cards together by acting as all 4 types of Onomatopoeia (‘Zubaba’, ‘Gagaga’, ‘Gogogo’, ‘Dododo’). Its effect allows you to Special Summon 2 Onomat cards (1 each of a type) in Defense Position, opening for Sister play with this card. Because Utopic is treated as ‘Gagaga’ and ‘Dododo’ at the same time, you can:

Gagaga Sister is the Playmaker of this deck, as it grants you access to ‘Gagaga’ Spell Cards like Gagagabolt, Gagagawind, Gagagatag (these are 3 relevant targets). Bolt can destroy a card if you have a ‘Gagaga’, Wind can Special Summon a ‘Gagaga’ form your hand as a Level 4 Monster, Tag can boost your ‘Gagagas’ by 500 ATK per each one. Her second effect allows you to Xyz Summon Constellar Ptolemy M7, Photon Strike Bounzer by targeting another ‘Gagaga’ and turn both monsters’ Level to the sum of 2 chosen monsters’ Levels. For example, if you target Coat with Sister, they will turn into Level 6 (2 + 4 = 6).

Coat is the partner of Sister and Utopic, as you can Special Summon him from your hand if you have a ‘Gagaga’. His 2nd effect lets you revive a ‘Gogogo’ or ‘Dododo’ from the GY (e.g Utopic, Glove). This guy can extend your combo, as:

This card is your extender, mainly for these reasons:

Head is your Backup plan if you are in the grind game, as Head can revive 2 ‘Gagagas’ from the GY when it’s Normal Summoned, though it locks your further Special Summons into Xyz Summons that only use ‘Gagagas’. Despite being a Level 6, you can Normal Summon this without Tributing as a Level 4 if your opponent is the only one that has a monster. Your main targets should be Gagaga Sister and Zubababancho Gagagacoat, then you use Sister and Coat for a Rank-6 play, or you use Head and Coat for a Number 70: Malevolent Sin / Gagaga Samurai. This card’s a last ditch effort so it’s best at one, but when you use this, it will help you get the W.

This card is Onomat’s version of CoC Card of Consonance: DIscard 1 ‘Dododo’ monster, draw 2 cards. You may only be able to use this once per turn, but it’s enough to send your Utopic Onomatopoeia or Dodododwarf Gogogoglove to the GY for Zubababancho Gagagacoat’s effect. Sending Glove to the GY can open to this spicy combo with Dododo Buster, but we will come into that later.

Bolt is a straightforward card: If you control a ‘Gagaga’: Target 1 card on the field; destroy that target. It’s used in tandem with Sister’s search, or activated from your hand directly as a free pop. Bolt is your out to floodgates that prevent some aspects in your Deck:

Wind is your extender if an Onomat monster gets removed by effects. Most Onomat need a fellow Onomat to utilize their potentials, so this is a great way to have that extra Onomat. This card is also vital for ‘Gagaga’ monsters that can’t Special Summon itself out like Gagaga Head, Gagaga Mancer, and even Utopic Onomatopoeia. Searchable by Gagaga Sister.

Trunade is the golden cow that every sacky deck can just milk on. It’s the ultimate card that completely stops backrows from affecting your unstoppable combos. Goodbye, Karma and Book.

This card is not the best out of the ‘Gagagas’ we have: Gagaga Mancer doesn’t have a self-Special Summoning ability, but it can bring back another ‘Gagaga’, though you can only Special Summon ‘Gagaga’ monsters for the rest of the turn. Its power comes from its detached effect, which grants a Xyz Monster 500 ATK for that turn. It’s still useful though because reviving a Level 4 ‘Gagaga’ means that you have a Gagaga Samurai ready. Some decks are opting this out, though, due to its limitation to only ‘Gagaga’ for the rest of the turn and need helps from Gagagawind or Utopic Onomatopoeia and Dodododwarf Gogogoglove.

Offerings to the Doomed / Book of Moon / Treacherous Trap Hole:

These 3 cards are extra monster removals for Onomat, and each has its own uses:

Tag is a specific side card for Blue-Eyes matchup. In theory, Blue-Eyes matchup is an easy one due to the reliance of Karma Cut and Raigeki Break, but BE has a powerful Synchro Monsters Combo that, as of now, stop a ton of current Xyz Monsters from outing it: Blue-Eyes Spirit Dragon and Azure-Eyes SIlver Dragon. Spirit’s ability to tag into Azure-Eyes bypasses Steelswarm Roach, and Azure-Eyes is a huge wall with 3k DEF while being untargetable and indestructible. In this case, Gagaga Samurai with 2 other ‘Gagagas’ with Gagagatag are required to OTK the BE player (with the worst case of Azure and BE both on the field).

Child is my personal favourite Turn 1 extender. Gagaga Child can Special Summon herself if you have another ‘Gagaga’ (akin to Coat’s effect). She’s a Level 2, but is able to transform into a Level 4 one by copying Level from another ‘Gagaga’, though it costs you this turn’s Battle Phase. Child is a part of one of my combo of Bounzer + Rank-4 + 1 draw for Turn 1 play, which doesn’t need you to have Dodododraw and a ‘Dododo’ for Coat to have an extra monster, and also a vital part of 3 ‘Gagagas’ + Gagagatag combo

Buster is my personal favourite Turn 2 extender. Dododo Buster can Special Summon himself as a Level 4 if only your opponent controls a monster. Combine this with (Dodododwarf Gogogoglove} in your GY (via Dodododraw), you have an instant R4 without your Normal Summon! My favourite Xyz Monster to go in this combo is Diamond Dire Wolf: DDW can pop itself and another card your opponent controls, so it’s basically a free pop for you while still having your Normal Summon.

End board: Photon Strike Bounzer + Abyss Dweller / Steelswarm Roach + 2 card in hand (1 being the spell you search via Sister)

Note: If you go second, you can make Constellar Ptolemy M7 and Number 70 : Malevolent Sin or Gagaga Samurai.

Note: This is the way to make 2 Xyzs in turn 1 without Dodododraw needed.

Note: This combo is for situations where you end up with 1 non-Onomat card in your hand. In this case, it’s better to make 1 Bounzer and have Head in your hand for the next turn. Head can revive Sister and Coat for M7, and Bolt will destroy a card on the field. Your tech card hopefully should be Book, Offering or Treach to make a better defense.

Note: If you also have Dodododwarf Gogogoglove in the GY, or Utopic Onomatopoeia in the GY and Glove in the hand, you can Normal Summon Sister to search any Gagaga spell, then use Coat to revive Glove / Utopic, then Special Summon the other one via Utopic’s on-field effect or Glove’s GY effect.

Note: If you have Gagagawind in your hand already, you can add Gagagabolt to pop an extra card. This combo is useful against the new Water Xyz Deck, which features Abyss Dweller, which can prevent GY effects by detaching Atlantean Heavy Infantry (thus also destroying a card on your side). This combo above plus Bolt can lethal through Dweller + Infantry:

P/s: The reason why Gagaga is optional because you don’t actually need it: Utopic can Special Summon 2 Gagagas (Sister and Mancer), and Mancer can revive a Gagaga from your GY (in this case, Utopic that has been detached via M7) for Samurai, though you lose Sister’s search because it only triggers on her Normal Summon.

End board: M7 and Sin/Samurai + 1 card in hand (preferably Trunade)

Note: You can achieve the same end board with Dodododraw + a ‘Dododo’ instead of Buster. In this case, Coat will revive that ‘Dododo’ monster, then you overlay it and Coat for Samurai.

Note: This combo requires 4 monsters in hand to do, so you should have 1 spare card in your hand, which hopefully should be Trunade to bounce any Traps if able. The Gagagatag combo with Gagaga Child might be easier to perform because you don’t need Dodododraw resolved, but you need to even main/side Child in the first place.

Note: You may not be able to OTK with this combo, but this combo gives you a decent follow-up for the next turn: Bounzer can negate any monster’s effect on your opponent’s field, and Dweller can lock GY’s effect meaning that The White Stone of Ancient can’t summon a Blue-Eyes monster from the Deck.

Note: This combo is specifically used against boards that can be unaffected to your effects, the most notable example is Azure-Eyes, which grants protection from targeting and destruction. Ingunar is another way to OTK that board, and it can be more reliable because you don’t need the help of Tag and potentially Child.

(This combo doesn’t OTK through Noble Arms - Caliburn’s LP gain, or 2 LP gains if you use Mancer’s boost)

I have tried my best to list all relevant Onomat cards, and all Onomat combos (it’s A LOT more than I initially thought). If I missed any certain card or combos, let me know as soon as possible. I believe Onomat has tons of potential to grow and evolve, and it’s my favourite boy Yuma’s deck afterall.

Shoutouts to these people: