The Infernity deck’s main card for searching and a major combo piece. Special summoning this card multiple times per turn with no cards in hand means you are gaining so much advantage of summoning this 1 card.

Both of these cards begin your combo, Mirage especially. Special summoning two monsters for little cost and in combination with Archfiend searching the deck continuously is deadly. With both being searchable by archfiend, you have easy access to always continue your combo. Mirage is a good card to search off of Archfiend in the Infernity Beetle version of the deck since you do not use your normal summon as much but it is not as good in the Infernity Avenger build, as you’re using Infernity Necromancer to make your synchro plays.

In combination with Infernity Archfiend and Infernity Avenger this card is your way to make the deck’s level 8s in the Avenger build. With no cards in hand it’s a free Archfiend special summon to search for more engine cards. It can also be used in tandem with Hundred Eyes Dragon so that Hundred Eyes can do the same thing.

Avenger is the level 1 tuner that is only used for the synchro summon of Necromancer and Archfiend. Avenger can also protect you by, when you have no cards in hand, you can special summon itself from the graveyard when a monster you control is destroyed by battle and gains the level of that destroyed monster. Potentially some additional synchro plays could be made from there.

As mentioned in the introduction, Infernity Beetle is the main tuner of that specific counterpart of the deck. Its level is 2 and it has “Infernity” in the name, making for some crazy plays with launchers into level 6 synchros.

Break is an interesting card. On turn 1 or 2 if you draw this card it’s not necessarily a good thing because if you have no way to get infernity cards in your graveyard turn 1 AND you have no way to empty your hand turn 1 (which also hampers the skill of choice) then you’re more than likely not able to activate this card. That being said, it is still a good card when you establish your complete board as it still provides major disruption against the opponent.

Arguably one of the best cards in the deck which is at 1 currently due to level up rewards from the new Kalin Kessler. It’s a major disruption to your opponent’s plays outside of a special/normal summon. Highly recommended to get Kalin Kessler to level 40 just to play this card. 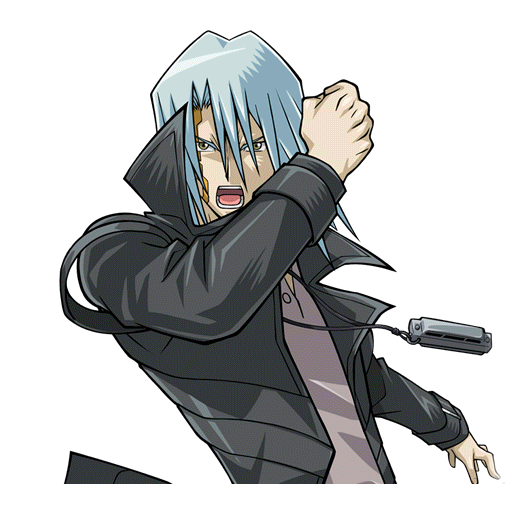 The most popular choice among players is the skill Infernity Inferno. It plays the exact same way as the trap card, being only able to activate it on your second turn, mirroring the fact that the card itself is a trap. Why play the skill? You’re more likely to survive until turn 3 or 4 (depending on going first or second) than you are to see the trap card turn 1.

How to get to your second turn

Generic traps that disrupt your opponent in order to get to your win con of the Inferno skill is the main way to achieve that. One for one cards like Floodgate, Fiendish and Bad Aim let you keep your hand advantage so you have more options to discard for your skill. There is also Hallowed Life Barrier where you take no damage and your monster is safe from battle. Heat Wave is a powerful card going first since it shuts down any normal summon or special summon of an effect monster which you can obtain from leveling up Rex Raptor to level 33.

With access to these cards we can play through Backrow and play through problematic floodgates like, Necrovalley, Shadow-Imprisoning Mirror, & Summon Breaker to name a few. Spiritualism is an interesting tech due to its ability to not get negated and is a F2P option being available through SR tickets.

With the different builds presented, the extra decks are vastly different. The Beetle variant focuses on chaining together Stardust Charge Warrior and Coral Dragon into Assault Blackwing - Onimaru the Divine Thunder and drawing 2 cards for more interaction. Where’s the Avenger Variant loops Hundred Eyes Dragon and Infernity Mirage to generate advantage while simultaneously going for game through burn damage of Infernity Doom Dragon and using Vermillion Dragon Mech being able to attack after tuning Avenger and Doom Dragon.

Starting grave after skill: Infernity Archfiend, Infernity Necromancer, Infernity Avenger (NOTE: Setting up this graveyard requires opening one of the three Infernities that end up in the graveyard, so that you can discard one of them alongside any random card and send the remaining 2 that you didn’t open to the graveyard.)

Infernity besides the Fiendish Chains, are full on free to play for new players due to being able to grind two characters all the way to max and acquiring gems along the way to get Tech cards and synchros needed for the deck’s strategy. In conclusion, the deck will continue to evolve in the coming weeks if not months with XYZs being right around the corner in which there’s the possibility of a whole another variant being spawned going into Yu-Gi-OH! Duel Links 2021.