Dinos were one of the first meta decks in Duel Links by using the Skill Dinosaur Kingdom to boost up their Dinosaur Monsters to 1900 ATK, but they fell off due to not having enough support. With the resurgence of the Lightsworn engine and cards such as Block Dragon and Volcanic Wall, Dinos can easily send cards to the Graveyard and Banish them for cards like Tyranno Infinity. In certain builds, Dinos have recently been more combo-orientated and have come back into the meta as a dark horse when it comes to both King of Games and Tournaments.

Hello! My name is Kurokodairu. I have been playing Duel Links for almost 2 years now and the one deck that I have always loved to play is Dinos. I originally started playing in the TCG with Dinos and it is one of my favorite decks. The more I became involved with the Duel Links community the more I started playing Dinos in tournaments and topping with them. Now, I am writing a fully-fledged guide to give you the reader some insight on the power of the Dinos.

The whole deck focuses on sending cards to your graveyard through means of the Lightsworn engine which consists of multiple Raiden, Hand of the Lightsworn and double Charge of the Light Brigade. These builds also focus on using cards like Needlebug Nest and Volcanic Wall to dump as many Dinos as possible for fuel for the Miscellaneousaurus. The deck also focuses around the card Survival’s End(hereby referred to as SE) which combines well with Paleozoics like Paleozoic Canadia and Paleozoic Marrella. The deck has a slow to midrange playstyle, depending on how you use SE in concert with the Paleozoic Traps to summon out 2 or more Dinos at the same time. 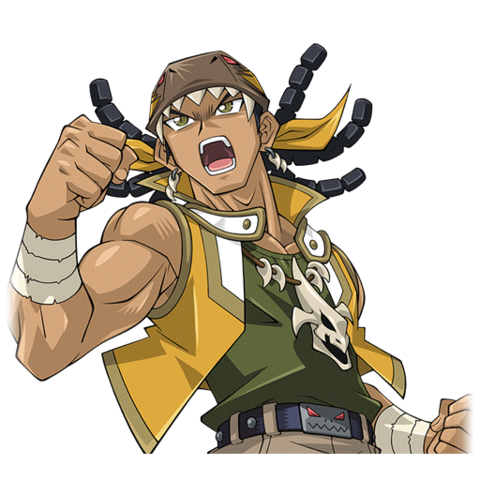 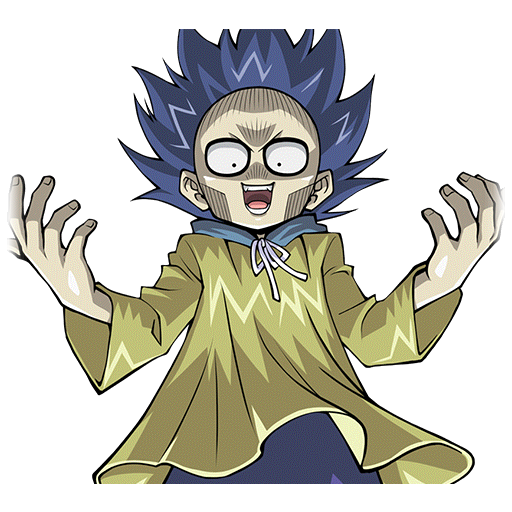 This Skill is similar to Dinosaur Kingdom but it also boosts your DEF while also boosting Rock-Type Block Dragon.

Raiden, Hand of The Lightsworn (3x)

The main combo starter for the deck, and a necessary engine piece for Charge of the Light Brigade's 3 card mill (which enables the rest of the Deck). Additionally, being able to essentially mill 4 more cards during your turn is good especially considering the fact Raiden is a Tuner for Synchro plays.

Charge of the Light Brigade (2x)

The only Limited to 2 card that you will want to run in tandem with Raiden, Hand of the Lightsworn. If you see it in your opening hand or topdeck, chances are you are winning the game if you mill the right cards.

This card is part of the main engine of the deck if you are able to accumulate a certain amount of Dinosaurs in the grave. Using Misc's Graveyard effect to banish Dinos like Giant Rex to further your plays while also being able to dump itself from the hand to make your Dinosaurs unaffected by your opponent's cards during the Main Phase is very useful.

While running three of this helps you more in the grind game, I find that 2 is optimal, because you want to Special Summon it from the Deck and you don't want to see it in your opening hand. It's also a key card that you would want to summon off of Survival's End since you can use it's GY effect to pop Baby and an opponent's card, summoning cards like Tyranno Infinity, Miscellaneousaurus, or Giant Rex off of Baby's effect. You can also use it to Synchro Summon with Raiden, Hand of the Lightsworn to make a Level 6 Synchro Monster.

This is one of the main monsters that you're going to summon summon with Survival's End, since it will Special Summon itself when banished from Miscellaneousaurus's GY effect. You'll only want to run 1-2 of this since you want to see it in the Graveyard but not in your opening hand most of the time.

This is your main beater of the deck. The more Dinosaurs you banish off of Miscellaneousaurus or Block Dragon, the more damage you're able to do in one strike. It's also a good Level 4 to go into your Rank 4 Xyz plays.

This is the only Normal Dinosaur you will need to play in the deck. You can play this in order to use your on-field Survival's End (you can also summon it off of Babycerasaurus to make your SE live). Alternatively, you can play Megalosmasher X if you want 100 extra ATK, but only if you're not playing Block Dragon.

The Paleozoic Traps are good to use because they synergize with Survival's End (as they are Normal Monsters when Summoned). Marrella in particular is good for sending SE to the graveyard, allowing you to use its GY effect for disruption and extension.

Canadia, like Paleozoic Marrella, is also really good to run for it's GY effect's synergy with Survival's End, but it is completely optional. While being able to flip your opponent's cards face-down is really handy, there are other cards you can run such as Book of Moon for more versatility.

This Dinosaur is good to have, as it can negate the activation of your opponent's Spells and Traps by popping a Dinosaurs (potentially getting you value from Babycerasaurus). Overtex can also search Double Evolution Pill when sent to the GY by card effect (including your Lightsworn engine). Additionally, its Summoning condition can allow you to recoop some resourced by shuffling back 5 of your banished Dinosaurs.

This spell is used to summon out an Overtex Qoatlus from the deck by banishing one Dinosaur and a non-Dinosaur from the Hand or Graveyard. This becomes useful for banishing Giant Rex or fueling Tyranno Infinity. Pill and Qoatlus are usually ran together as a package in alternative builds.

Block Dragon is your combo extender, summoned by banishing 3 EARTH Dinosairs from the graveyards in order to summon it. Block Dragon's immunity to card effect destruction make it incredibly tough to deal with (especially with Straight to the Grave). I would reccomend running one copy, but if you want to run two you can since you could use its GY to add the second copy from Deck to hand.

Don't Underestimate this Level 3 Dinosaur Tuner, as it can be used to make level 7 Synchros. You also have access to an instant Level 7 Synchro if you banish Miscellaneousaurus, Giant Rex, and a third Dinosaur. Also, if it destroys a monster by battle, it could tribute itself in order to Draw 2 cards.

Volcanic Wall is a Spell that allows you to Mill 3 at the cost of being unable to attack in the Battle Phase, which can send your dinos to the grave to further your plays.

Fossil Dig is a simple Spell with a very powerful effect which lets you search for any of your Dinos, acting as an extender (generally by searching Miscellaneousaurus).

Some Dinosaur players tech this in their decks because it could be used as an extender.

Scrap Dragon is a really good utility Synchro that can be used to pop your own Babycerasaurus or Survival's End in order to gain more advantage and pop one card your opponent controls. The second effect is irrelevent, but at its worst it's a 2800 ATK beater that's easy to make with Raiden, Hand of the Lightsworn.

Black Rose Dragon can be used to nuke your opponent's board and it's easy to make with Jurrac Dino.

Brionac, Dragon of the Ice Barrier

Brionac is a good Level 6 Synchro that you can go into with Raiden, Hand of the Lightsworn and a Babycerasaurus you can also discard your Block Dragon or Survival's End for additional value.

Destroyer is a good level 7 that can be made with Jurrac Dino and any Level 4 for getting over monsters that activate during battle like Spiritual Beast Tamer Winda.

Onimaru is a good Level 12 Synchro that can be summoned off Block Dragon and Raiden, Hand of the Lightsworn and it being a 3000 ATK beater that can't be destroyed by card effects makes it worth playing.

Malevolent Sin is really easy to make in Dinos and is good for getting rid of your opponent's monsters and pushing for lethal.

Dire Wolf is easy to make in Dinos and is good for baiting backrow or getting rid of problematic cards such as Necrovalley. It's also an EARTH monster for block dragon.

Straight to the Grave

Straight to the Grave

This matchup is coin flip favored if Blue-Eyes goes first and is able to establish a board with Blue-Eyes Spirit Dragon then they have their favorable advantage. However, if dinos go first and are set up with Survival’s End on the Field or in GY, they can stop Blue Eyes before they go into Spirit. Also, in some cases, the Blue Eyes player may leave a Sage With Eyes of Blue in ATK Position, which can be punished by a 4000+ ATK Tyranno Infinity.

When it comes to facing StarLords, it mostly depends on who goes first, and wether or not your opponent bricks. If the opponent has the Stick and Chair combo or the Darklord loop then the matchup quickly becomes unfavorable. A lot of the time if the opponent is smart they will use The Sanctified Darklord to negate your Tyranno Infinity. Generally, you don’t really want to use your Survival’s End to pop a Darklord monster, this is especially true if your opponent has a Darklord Tezcatlipoca in their hand (or a Banishment of the Darklords in GY to search it).

Water is arguably the worst matchup for Dinos if you’re going second, as there is pretty much nothing you can do against an Abyss Dweller with Backrow. Your best bet in this matchup would be to use a Survival’s End in the graveyard in order to pop the Atlantean Heavy Infantry before the opponent is able to make a Dweller. In tournaments, it’s important to Side backrow removal such as Mystical Space Typhoon or Cosmic Cyclone because in most cases the opponent will tend to main or side Necrovalley, which is incredibly problematic.

This matchup depends a lot on who goes second a lot of the time. Chimeratech Rampage Dragon won’t affect you as much since the matchup is favorable if they destroy your Survival’s End. The most important card to pop with SE in this matchup would be either the Fusion Gate or the Rampage Dragon itself before it is able to dump anymore Cyber Dragon cards to the Grave.

Fire King is not that hard of a matchup because your monsters don’t care about being destroyed, and you have ways of OTKing your opponent with Tyranno Infinity. The best cause to pop with SE is either the Fire King Island when the opponent’s board is fully set up or the Fire King Avatar Arvata (if there are no other Fire Kings in the grave).

Overall, Dinos have a lot of strength and power to compete in the current meta. Their presence in Tournaments and events will continue to rise as time progresses. This deck is very fun to play and never feels like it has any standard or linear plays. The deck’s flexibility in summoning high ATK boss monsters outweigh it’s faulty weakness of bricking if you don’t see any mill cards in the opening hand.